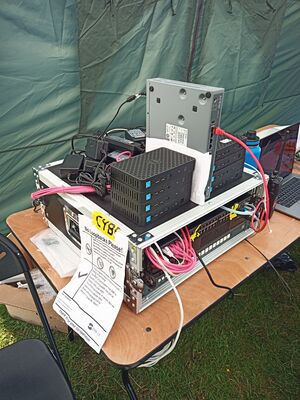 The internet exchange growing out of the ground from humble saplings